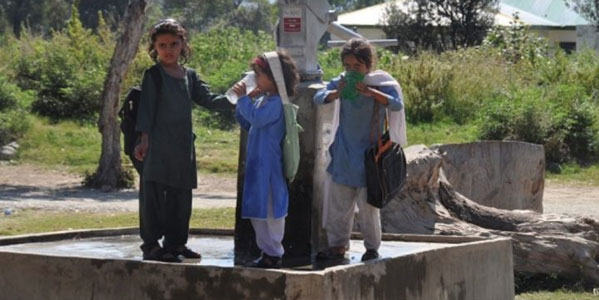 With Pakistan’s currently dismal economic conditions, many people argue that things aren’t looking up for the poor. The reality is that even in a growing and flourishing economy, when a certain demographic is left out of the conversation they never get to reap the benefits. So how do we go about poverty alleviation with a participatory approach?

What plan does Pakistan have to lift its population out of poverty? 80 percent of the poverty-stricken Pakistani populace reside in rural areas.

Is it possible to use a singular model or approach to help these people? Apparently a non-governmental initiative by Rural Support Program Network (RSPN) has figured out a way to do that.

Most policies in Pakistan sound promising when they are being formulated, but fall flat when it comes to implementation. In order to ensure that this doesn’t happen, RSPN has created an implementation model for developmental projects. To break it down, RSPN is calling its new method “community driven development through social mobilization.”

While that sounds like a novel idea, how does one use this as an implementation strategy? Here’s how their model purportedly works.

It starts with advocacy at a community level and a participatory approach for a community to find their own solutions. This model then moves on to the village level, then eventually to union councils.

Through these local support programs (LSOs for short), RSPN is working on everything from advocacy for education to poverty alleviation. Since money makes the world go round, by helping a population to become economically independent through RSPs, they can then devise their own developmental solutions.

An Example in Action

RSPN has an implementation partner in Sarhad Rural Support Program (SRSP). SRSP is running three projects across five districts. As part of their Community Investment Fund (CIF), they offer loans to start income-generating set-ups from labor for hire to livestock.

These people who benefited from the CIF, many return to obtain more loans. Some even came back over five times. Why keep giving people money if they have a sustainable set-up?

CIF keeps providing loans to help these people so that they can expand their small-scale businesses and set-up. Some people have even moved on to employing others.

In fact, they carry out the market evaluation part for the people and then connect them to local markets. She revealed that while it may sound simple to move on from local to national markets, social factors also play a big part.

“Many of these women are growing their set-up and we encourage that and provide capital as well, but these women’s social experience has mostly been limited to their communities. Approaching local markets is a mammoth task for them, especially with social norms and all.”

Based on the results they’ve seen so far, Tahira is confident that they will gradually get to a point when these women will be selling to national markets. 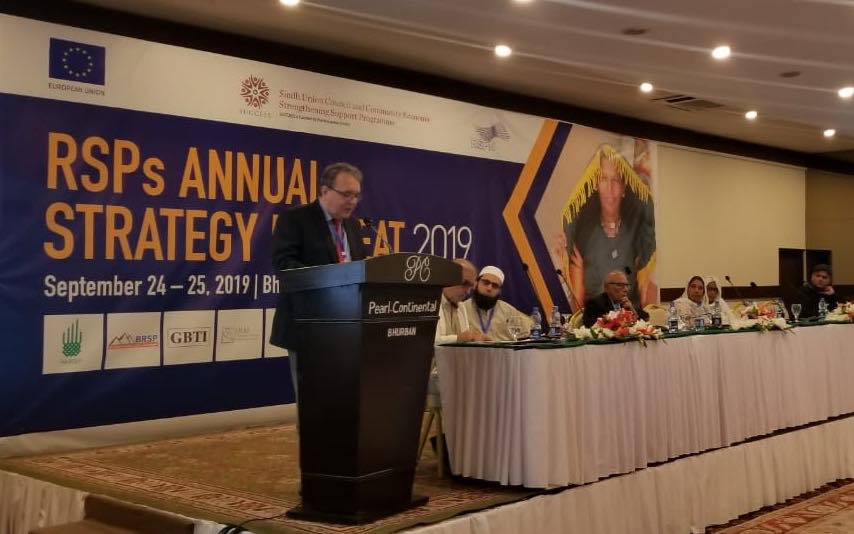 SRSP-CEO, Masood-ul-Mulk on how they ‘invest in people, not prospects’

There has to be a catch to this, right? RSPN asks in return that people carry on this flame of advocacy. In fact, it’s part of their community awareness kit (CAT). All beneficiaries of these RSPs are asked to advocate for vaccination, education, livestock vaccination, family planning, etc in their communities and personal networks. When everyone knows everyone, this comes in handy.

Okay, sounds good so far. So how well has that turned out to be in the field? Currently, they have three major ongoing poverty alleviation programs SUCESS, Ehsaas, and BRACE.

Let’s break these down.

Now that we know that ‘LSO model‘ of implementation, what does SUCCESS do? The program is part of Pakistan’s largest grassroots level poverty reduction initiative that started back in 2015. Like its name suggests, this program aims to lift people from poverty in eight districts of Sindh. 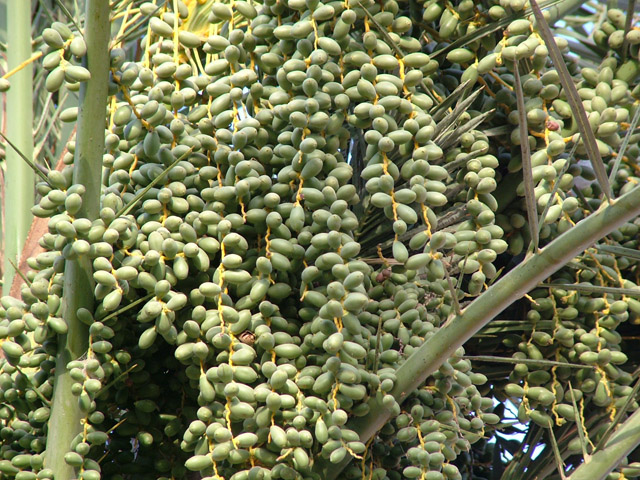 For sustainable means of economic growth, we can’t leave 50 percent of the population out of the discussion. So to benefit from this program people need women to make the big decisions for uplifting entire communities.

About 770,000 women in 316 LSOs. It does feel a little over-ambitious, doesn’t it? Field Unit Incharge from LSO Larkana, Shumaila Bahadur says that its not that far off. She revealed that in districts like hers, it’s been smooth sailing.

“We’ve never had trouble meeting our targets. Whether’s its helping women set-up sustainable livelihood or expanding our advocacy reach. In more deprived areas I admit it would be harder, but based on the progress I’ve seen, I know it’s not unattainable though.”

SUCCESS is even helping pre-existing poverty alleviation programs grow and meet their goals. Like Sindh’s Union Council Based Poverty Reduction Program (UCBPRP) which covers 10 districts. Sindh has a total of 23 districts. (they’ll figure out a way to get to all of them, eventually).

Besides that, they even have the re-directing government policy part down. Last year SUCCESS and RSPN lobbied to have the Sindh government add a provincial-level poverty reduction strategy to their framework.

Pakistan’s most mineral-rich province has unfortunately been lagging behind when it comes to growth. Most of this is due to ill-conceived policies and lack of provincial government initiatives. So rather than wait around for the authorities to get their heads together, BRACE has set out to empower Balochistan’s community’s socially and economically.

A socially empowered population with economic stability, can then eventually hold their elected representatives accountable. Advocacy covering issues like education, gender parity, human rights, etc and opportunities for economic independence in nine districts, this sounds like a plan. 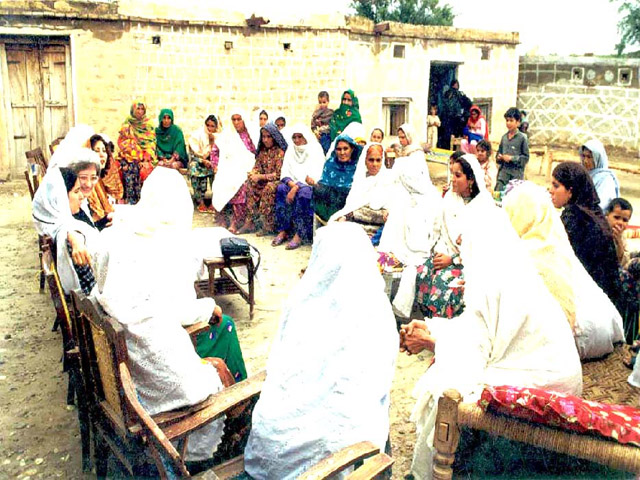 Regional attitudes can be as much of a hindering factor as the degree of poverty. According to a Balochistan government official Faiza Malik, its regional implementation partner BRSP isn’t trying as hard as they should.

She’s been working with independent players like BRSP, UN Women, Aurat Foundation, etc for a while now. She revealed that:

When we have a good strategy but inadequate implementation partners, that’s like being back at square one. Faiza suggests that accountability and audits be carried out by RSPN as a solution.

In such cases, social pressure from traditional power holders is to be expected. With NRSP onboard for implementation, hopefully these sort of issues will be kept at bay.

BRACE was only launched in 2017. Still, it has 977 community organizations (COs for short). Surprisingly, about 213 of these are women-only COs.

The government hasn’t been too keen on starting new things. While advocacy initiatives like ‘Billion Tree’ are coming in strong, implementation efforts look shabby.

According to a member of the Board of Directors of SRSP, Akhtar Habib:

“Our government is failing to take initiatives out of fear of failure.”

He said treading cautiously is understandable but you don’t know if it’ll work until you try. So, they can’t just wait for a magic formula for poverty alleviation. Except they did wait and find one.

With decades of RSPN laying down the groundwork, it’s an even playing field for them. So what will the government do about their big dreams of development? Turns out they just had RSPN lend them their tried and true model for their ‘Ehsaas‘ program.

The question we should ask ourselves is – can this model successfully help 16.2 million people who live in poverty? RSPN certainly thinks that it can get there.

Entertainment & culture writer at ProPakistani/Lens. Occasionally dabbles in other news.