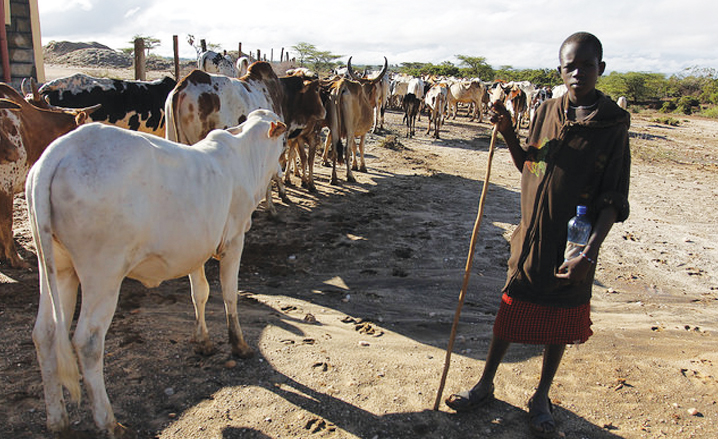 By Dr Abdur Rehman Cheema
People are more worried about hunger, illness, livelihoods and poverty than about earthquakes, drought and floods. On the one hand, people don’t think like hazard experts who prioritise risks rationally. On the other hand, people do learn to live with risks and prioritise responses to those hazards which they have to take frequently. Often the world’s poor, busy living their lives, have difficult trade-offs to make: whether to preference their safety or continue to live in dangerous places that offer opportunities for livelihoods. Usually, people value immediate benefits of livelihoods and discount future risks.

Most people living in dangerous places are not ignorant of impending hazards but have no alternatives to move out of the harm’s way. Risk perception is shaped by a number of factors such as frequency of the hazard, culture, religion, class, ethnicity and social status. Living hand to mouth, it can be too difficult for poor people to invest in future proofing.

While sudden disasters like earthquakes and floods catch world attention through breaking news and media headlines, the vulnerable men and women are less concerned about these disasters. They are more concerned about hazards which they face every day, though these appear ordinary and trivial to outside people. It is not photogenic and sexy for most of the national and international development organisations to engage with the poor during regular periods of stability to address the root cause of their vulnerability and poverty. It’s much more feel-good to help disaster victims in times of crisis. What a dilemma: the poor are better off and more deserving of the world’s attention when they’re already at breaking point!

According to the World Economic Forum, water crisis is the number one risk that can impact society globally. Surprisingly, more people have access to a mobile phone than to a toilet, with one out of three lacking access, and one in every 10, 663 million people – double the population of the US – lacking access to safe water.

Climate change would exacerbate weather changes affecting livelihoods of millions of people as it did in the 2010 super floods. Pakistan is among those countries along with India, China, Indonesia, Nigeria and USA whose population would cross 300 million mark by 2050. Along with this population increase, water shortages would move far beyond an ordinary hazard. In particular, large urban populations in cities would be worst affected if due attention is not paid to balance water discharge with water recharge. 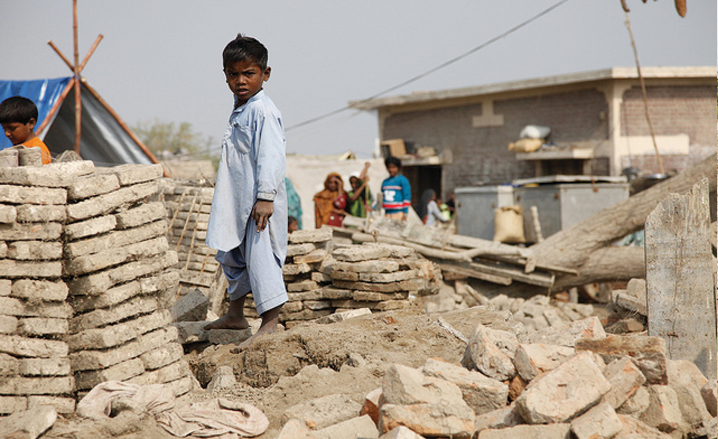 The 2010 Pakistan Floods affected an estimated 20 million people with a death toll between 1200 and 2200. This child stands on the rubble of a building in Sindh Province, 2010 (Credit: DFID, Flickr)

“Red Crescent did a vulnerability assessment in two areas after flash floods in Yemen. After doing participatory vulnerability and capacity assessment, they set up a road safety programme! That is what the people wanted as the risk were greater,” said Mr. Terry Cannon, Senior Research Fellow from the Institute of Development Studies, UK, speaking at a regional workshop on climate change last year in Islamabad. The workshop was hosted by the COMSATS Institute of Information Technology, Abbottabad. Researchers from Pakistan and overseas shared findings of the four years’ research project titled Courting catastrophe? Humanitarian policy and practice in a changing climate involving six countries from Asia (Bangladesh, Nepal and Pakistan) and Africa (Ethiopia, Kenya and Zambia).

Most organisations leave during and after the relief stages of an emergency and a few stay up to early recovery and rehabilitation.

“This is a good move, but they often have limited understanding of how their response can contribute to decreasing vulnerability in the longer term – risk of ad hoc, patchwork, quick fix interventions,” said Dr Ingrid Nyborg from the Norwegian University of Life Sciences at the workshop. Most humanitarian organisations rightly think that long term development is the responsibility of the government.

Climate change adaptation and disaster risk reduction policies remain limited to the federal and provincial governments. At the local level where actions are needed the most, district disaster management set-ups become active only at the time of emergency and remain inactive at other times. It leaves a huge unmet demand for securing lives, livelihoods and assets of the poor who are bound, with socio-economic constraints, to live in hazardous conditions having no recourse to get out of harm’s way.
Thinking globally and acting locally, the outcome of the US national election has been particularly discouraging for those working on the front lines on the climate challenge. With all uncertainty about the global support for climate change, the climate change challenge remains as real as it is. The federal government must continue to work alongside other regional partners and international development actors to raise the voices of the poor countries to convince developed countries to finance climate change initiatives. After all, they’re the ones who caused the climate change to occur.

Dr Abdur Rehman Cheema is a social scientist and development practitioner based in Islamabad. He can be reached at [email protected], he tweets ARehmanCheema and you can connect with him via his LinkedIn
Featured image: A boy from Samburu County, Kenya herds cattle in November 2014. His community is one of many dealing with decreased rains due to climate change, which is having a severe impact on pastoralists and food security in the region (Edward Harris, Africa Progress Panel/ Flickr)