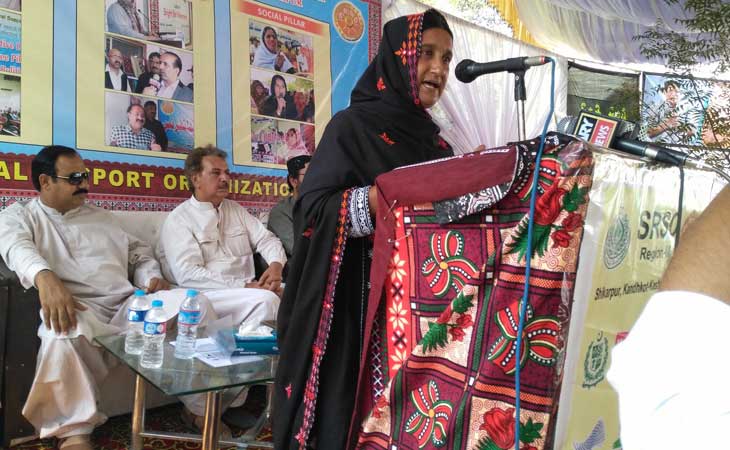 SUKKUR:
Once our men started trusting us and gave us a free hand, the women of the village proved their mettle in every aspect of the life, said Meerzadi, the chairperson of the local support organisation of Nim Sharif union council in Sindh.

She was sharing her success story with The Express Tribune at an event organised by Sindh Rural Support Organisation (SRSO) in Mirzapur union council of Garhi Yasin taluka in Shikarpur on Saturday. Meerzadi believes the women wouldn’t have been able to achieve the best results without the support of men. 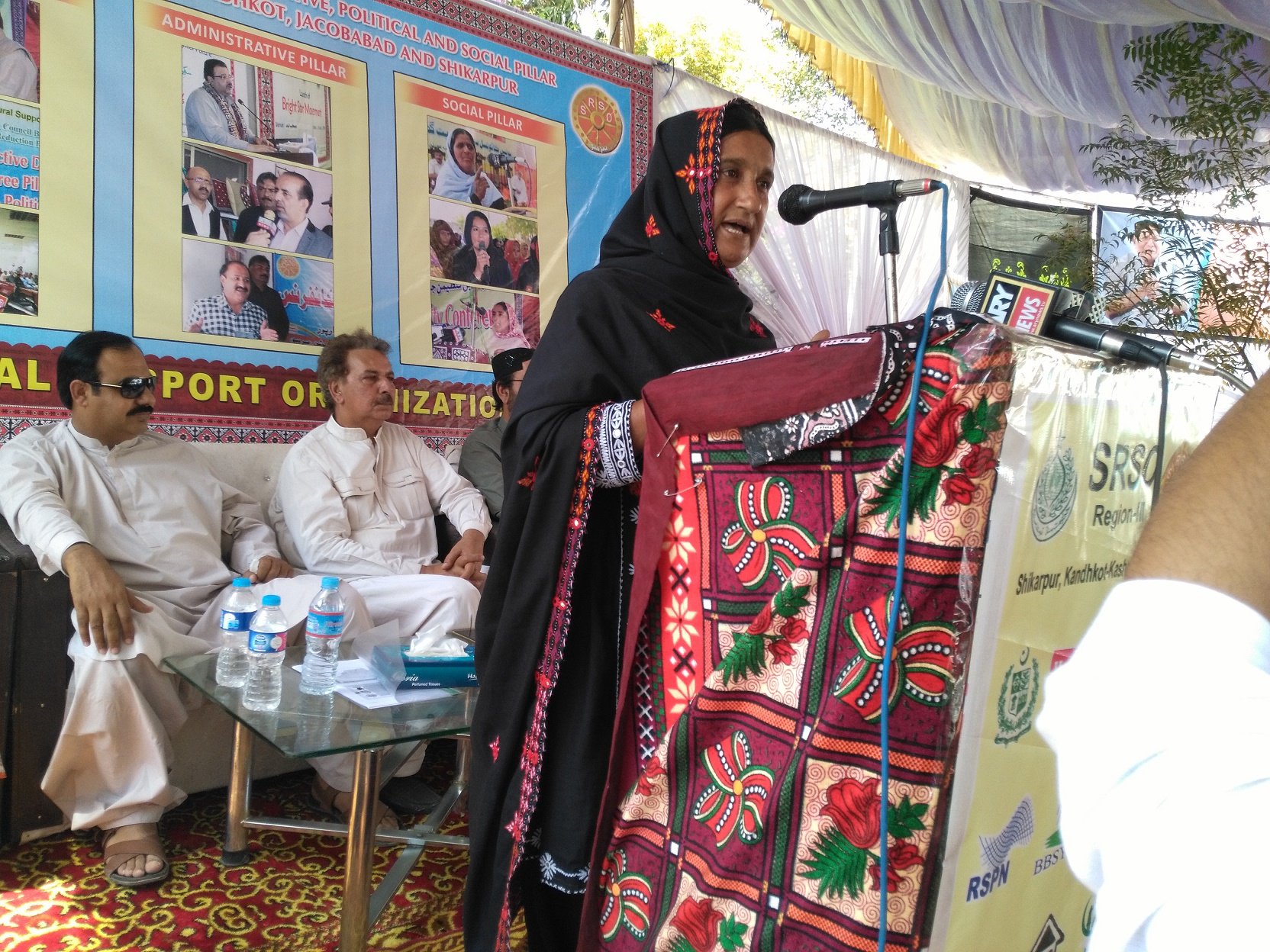 The SRSO started its Union Council Based Poverty Reduction Programme (UCPRP) in 2009 in Shikarpur, Jacobabad and Kashmore-Kandhkot districts. “When the SRSO officials, including women, visited our village and tried to talk to the women, the men became defensive and stopped them,” she claimed.

According to Meerzadi, her husband and brothers managed to convince the villagers to meet the officials and listen to them. “The SRSO officials told us that we will have to attend three-day training at their office located in Sukkur before getting started as the community worker,” she recalled. She said the villagers opposed this but her husband and brothers agreed with the proposal of the SRSO officials.

“Unfortunately, my husband died in 2009, leaving me all alone to look after our six daughters and two sons,” she said. Instead of giving up, Meerzadi started mobilising the women of her village and other nearby villages. “Slowly and gradually, I succeeded in convincing the men, who eventually allowed their women to join me,” Meerzadi added.
Undoubtedly, majority of the women in rural areas are treated like a commodity but the men were forced to accept the lead role of women after seeing the positive results of the UCPRP, she said. “This is not all – the political figures of the area, especially Sindh Assembly Speaker Agha Siraj Durrani and his brother Agha Maseehuddin Durrani among others, also played a vital role,” she added.

When Noor Bano, a resident of Goth Rind in Sindh, joined the SRSO programme, her husband beat her blue and black. Noor said her husband said she is not in her senses and the SRSO officials are exploiting women and one day she’ll be left regretting her decision. “Despite tolerating the atrocities of my husband, I continued with my mission and today I am the president of community organisation,” she added.

Noor said she joined the programme in 2015 and today her children are going to school. Besides this, with the help of community investment fund, she and other women of the village are enjoying the fruits of prosperity. “Our men, who used to kill women for just talking to their cousins or neighbours, have now have changed a lot,” she said. Cases of karo-kari have reduced considerably, which, according to me, is due to the economic uplift, Noor claimed.

Appreciating the efforts of the women, Larkana Commissioner Abbas Baloch said the SRSO has provided them with a vast platform, which is guiding them towards the path of development and prosperity. “We cannot go ahead without the active participation of women, who make around 60% of our population,” he said. Expressing his joy over the revival of primary schools by the community organisations, Baloch said the only way to fight and eliminate poverty lies in seeking education.

Addressing the audience at the event, National Rural Support Organisation Chairperson Shoaib Sultan Khan said that in 1989, when he was working for community development in Gilgit-Baltistan and Chitral, the then prime minister Benazir Bhutto called him and asked him about the work that was being done in the region. “I briefed her about my work and she asked me to work in Sindh, too,” he said, adding that he was worried men here won’t be ready to sit together because of tribal feuds.

Khan said he told Bhutto that he won’t work with the men and instead their target will be rural women, who have hidden potential that needs to be explored. “After a long time, the former Sindh chief minister, Qaim Ali Shah, called me in 2009 and asked me to launch poverty reduction programme in Shikarpur and Kashmore-Kandhkot districts,” he added.