I belong to a rapidly diminishing generation whose adult years are coterminous with the existence of Pakistan. We have seen all the ups and downs the country has gone though in its 70-year history and, as we fade away, we have to admit that the graph has generally proceeded southward. We bequeath to our progeny a land riddled with all possible evils; corruption, nepotism, militarism, economic disaster, extremism and injustice. Our children have nothing, really, to thank us for. Now, they and we have high hopes that the new dispensation will bring us back to the straight path, though we must remember that such hopes have always been dashed in the past.

In the quest for a better Pakistan, the new leadership is targeting the most condemnable evils that beset the country and we must pray that the cleansing process will be carried through to its end.

This continuous deterioration has been largely caused by rapacious leaders who have set the worst possible precedents. But there has also been a tendency to do away with good practices which could improve the lot of the common man. We elders remember the example we set for developing countries in the 1960s. We recall that PIA was a model airline which helped set up the giants in the field today. Our progress in science received worldwide recognition with the award of the Nobel Prize to Dr Abdus Salam. Have we done anything to sustain such achievements? On the contrary, our reaction to Dr Salam’s success showed where our priorities lay.

Shoaib Sultan won the Magsaysay Award and Sitara-e-Imtiaz was conferred upon him by the President of Pakistan, and has also been invited to address the UN General Assembly. UNDP even hired him to introduce the programme in Andhra Pradesh, India. The roaring success he achieved led to the Indian government making a provision of Rs.5 billion in its five-year plan for the National Rural Livelihoods Mission, a country-wide programme of rural development.

One of the most shining examples of our success is in the field of rural development. Pioneered in urban Karachi by the late Akhtar Hameed Khan, its development philosophy brought a new approach to grassroots development that put the community at the heart of the process. It was promoted in Pakistan by a civil servant who was a disciple of the pioneer. Shoaib Sultan Khan began with a small project at Daudzai but showed his true mettle when leading the Aga Khan Rural Support Programme in Gilgit, Baltistan and Chitral. Within a few years he had transformed the economic and social condition of the people who were amongst the poorest in the world. Perceptive donors were so impressed that financial support began to flow in from multiple sources. Even one of our former Prime Ministers, on seeing the results for himself, sanctioned a healthy endowment to replicate the process at the national level and today we see ten RSPs (Rural Support Programmes) covering the whole country, rendering services like electricity in Chitral and women’s empowerment in Sindh. Shoaib Sultan won the Magsaysay Award and Sitara-e-Imtiaz was conferred upon him by the President of Pakistan, and has also been invited to address the UN General Assembly. UNDP even hired him to introduce the programme in Andhra Pradesh, India. The roaring success he achieved led to the Indian government making a provision of USD5 billion in its five-year plan for the National Rural Livelihoods Mission, a country-wide programme of rural development.

What is it that has led to the fame of this approach to the reduction of poverty? As noted above, the main quality is that it puts the community at the very centre. Through the process of social mobilisation, it enables the community to get organised, set up village councils in which the poor are fully represented and to identify their needs. The approach includes collaboration between RSPs and government departments, to implement schemes in which the community shares the costs by providing land, labour and all maintenance. Through this participatory approach, the community acquires a proprietary interest in the project and ensures its sustainability. Because of the direct partnership with government, the need for middlemen and contractors is avoided and minor schemes can be carried out at a fraction of the cost of similar government projects.

In a country where so many people live in villages this form of development is the most important and the most effective in that it directly addresses the needs of the poor, while giving them a sense of dignity at being the central actors in the process. The RSPs have benefited about 50 million people across the country, with the largest women’s participation of any programme in Pakistan. 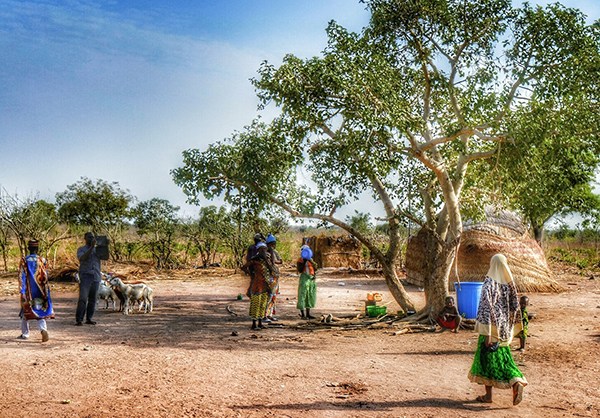 By and large, all governments have encouraged this method of rural development, but they have never appreciated its full value. Today, the whole idea faces a great danger as various official agencies seem to be giving more importance to factors like security and foreign infiltration, than to the need to eradicate poverty and to promote real development. It must come as a great shock to all citizens that model organisations, on whose boards very senior officials sit, are being refused official registration and asked to explain outlays on projects and the source of donations over the years. This, obviously at the behest of authorities whose main focus is on issues other than the welfare of the common man. It has a very adverse effect on donors and on civil society’s desire to participate in the country’s war on poverty.

Prime Minster Imran Khan is known to be an admirer of the work of the RSPs. He must not let agencies, which know little of grassroots development, deprive his government of this chance of serving the needs of the poor. He does not have the resources to undertake massive projects. By focusing on grassroots development, he can win the hearts of our impoverished millions at a reasonable cost. At least he should make it obligatory for everyone involved in the regulatory process to actually visit some RSP projects before making up their minds.

Disclaimer: Naya Daur believes in providing space for views and opinions from all sides. But we may not agree with everything we publish. In case of columns and articles not published in Naya Daur’s name, the information, ideas or opinions in the articles are of the author and do not reflect the views of nayadaur.tv. We do not assume any responsibility or liability for the same.