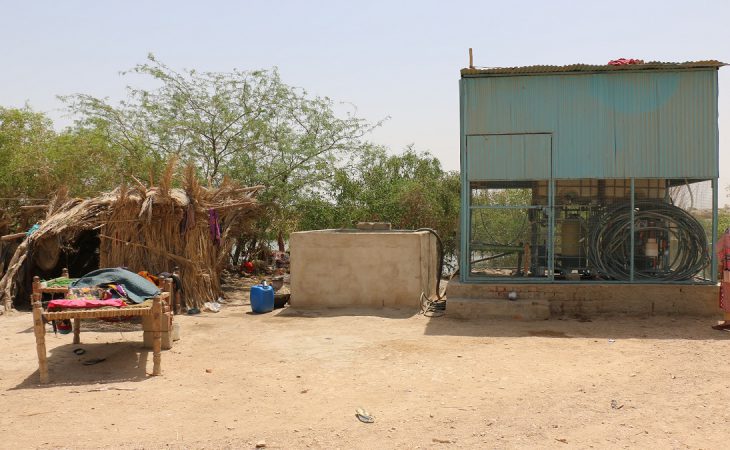 Handing Over the Stick

Poverty is the vice that afflicts countries across the globe, developing nations in particular. According to Amartya Sen, a renowned economist, poverty is a complex, multifaceted word that can manifest itself in a plethora of ways and requires a clear analysis in all of its many dimensions. Illiteracy, malnutrition, epidemic and indignity are a few to name. People, being denied the opportunities to most basic human needs are not free, even if they live in a free and democratic society.

Sharing the beliefs of famous Economist, Jeffery Sachs, I assert that humankind is well-equipped to alleviate poverty to provide a respectable standard of living to every being. However, it is with effective planning and careful implementation of economic and public policy that the scourge of poverty can be addressed. According to the 1991 Independent South Asian Commission on Poverty Alleviation (ISACPA) the public sector makes huge investments but does not create a receiving mechanism for delivery of goods and services at the grassroots. Commonly, it does not effectively involve poor communities when planning or delivering ‘development’. Same goes true for philanthropists and non-governmental organisations.

In my recent visit to a village in district Jamshoro, Sindh, I met with an extremely destitute household of seven family members, all cooped up in a one room straw/mud-hut, having no bathroom facility. This is where I stumbled upon a large water and electricity plant, installed right next to the straw/mud-hut.

Upon inquiring from the villagers it was revealed that this was a case of a “ghost project”. It was a non-functioning plant, which was installed almost a year ago by a “Christian” philanthropist, who had visited the village and found the conditions extremely atrocious. He decided to donate a water and electricity plant to the village. However, as soon as it was installed, and he left, the water and electricity connection was cut off (they did not say who cut it).

There are innumerable such cases in the entire country, especially in Sindh. The spending on development work is immense; however, no real ground work is to be seen. It was reported late last year that NAB Sindh discovered hundreds of development projects of several town/Taluka municipal bodies in the interior parts of Sindh where the payments had been made against the projects, but there was no work done on ground.

In the district of Jamshoro alone, there have been over Rs. 534m of ghost schemes. The schemes mainly consist of construction of open drains in various villages of the district, as well as water supply schemes.

However, in the case of ghost projects, it is important to consider that these projects are never done with the buy-in or even consent of the community, as was the case in the water and electricity plant in Jamshoro. The focus is not to provide the community with the services, but rather to appeal to the donors in showing on paper that the work is being done. Due to this, future development projects are not welcomed by the community.

This sort of development negates the main purpose of development work, which is to alleviate poverty by involving the community and making the process participatory. This is where the approach of Rural Support Programmes (RSPs) differs from the conventional development work.

The philosophy of development work at RSPs is to use the community-driven development approach for social mobilisation of communities. Social mobilisation centers around the belief that people have an innate potential to help themselves; that they can better manage their limited resources if they organise and are provided with technical and financial support. A community-driven and process-oriented approach ensures that the development is being done by and with the people, rather than for them. Such an approach is extremely important if real difference is to be made. Asking the communities about their problems, and the ways to solve them, is perhaps the most favorable way to assuage poverty.

As Robert Chambers, known as the father of participatory development, believed, there is a great need for ‘development’ professionals to let go and “hand over the stick” by proactively listening to and learning from the very people who they are trying to “help”.

Filza is the Documentation and Reporting Officer for SUCCESS.

Mark your calendars: SUCCESS will be featured at the 2020 JUST FUTURE International Conference. Join us on Friday – 17th July 2020 at 10:30 am EDT / 7:30 pm Pakistan Time as Anjum Malik (RSPN SUCCESS Communications Officer) speaks as a co-panelist on the Cultural Economics Panel. Program details and RSVP on the link below: