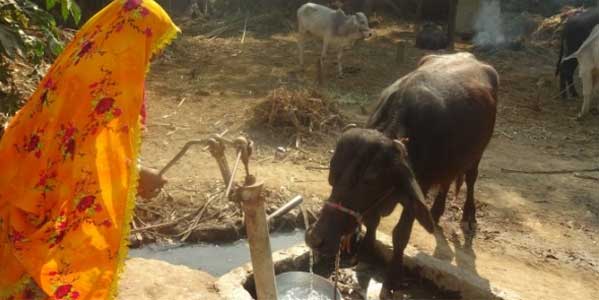 Counting the uncounted: The economic contributions of women in rural Sindh

Women’s contribution to agriculture across South Asia is often overlooked, yet the evidence suggests that they play a central role, particularly in livestock management. Here Sultana Ali and Abdur Rehman Cheema draw on their fieldwork to highlight the specific nature of women’s agricultural work in rural Sindh, and the benefits of making this more visible and properly remunerated.

Agricultural and livestock activities are the most important source of income for rural households in Pakistan. In 2015-16 livestock contributed 58.55 per cent of the overall agricultural contribution to Pakistan’s GDP. Although both men and women actively participate in the production and harvesting of major crops like wheat, cotton, rice and sugarcane, livestock management is primarily dependent on women. As Jamna*, a woman in village Mao Patel in district Tando Allahyar, 200km northeast of the coastal town of Karachi in Sindh says,

“I wake up early in the morning, perform my all household chores, clean the animal sheds and do other agricultural farm works. Two times a day I gather grass for the cattle, most of the time is consumed in gathering grass. I also water them two or three times in a day”.

The participation of rural women in livestock management can be observed across South Asia: in Bangladesh, women feed livestock, clean sheds, secure animals at night, prevent and treat disease and collect manure. In Nepal, both men and women collect fodder, milk the livestock and oversee grazing but women are solely in change of certain activities, especially detecting illness. In India, women’s responsibilities related to livestock vary across regions.

During our field research in rural areas as part of the Sindh Union Council and Community Economic Strengthening Support Programme (SUCCESS) we observed women always remain busy with household and agricultural activities. The latter mainly involves livestock rearing, whether it is cattle, buffalos, sheep, goats, camels, horses, donkeys and/or poultry, as well as associated tasks such as making dung cakes for use as fuel.

The women are therefore engaged in numerous economically productive tasks but most of this work is either paid less than men or considered housework and thus not documented as economic activity in any official records. According to the World Bank Data of 2016 almost one fifth of the females (22.2%), aged 15 and above are active in the labour force in Pakistan. This participation rate is lower than India 24.3% (2016) and Bangladesh 34.6% (2016). What is less commonly known is that – of this total labour force – agriculture employment accounted for about 75% of total female participation in labour force in 2008 for Pakistan (the latest figures available). This rate is higher than India or Bangladesh, where it accounted for around 65% in both (2010).

Livestock, an important asset in the rural household, is often seen as a tool for increasing the economic and social status of women and thus offered in many poverty alleviation programmes. However, in our research, we found women were only involved in raising animals. As Shavita put it,

“We raise animals but at the time of selling and buying we are not involved. Usually male members of the family contact the animal owners and buyers.”

Even women who have their own animals, e.g. those they brought to the household as a part of their dowry, are expected to defer to men to make decisions around buying and selling. Landowners often engage men and women for rearing livestock on sharing basis will frequently trade the livestock at less-than-market rates, worked out with male members of the household. The women will therefore lose out without having a say. 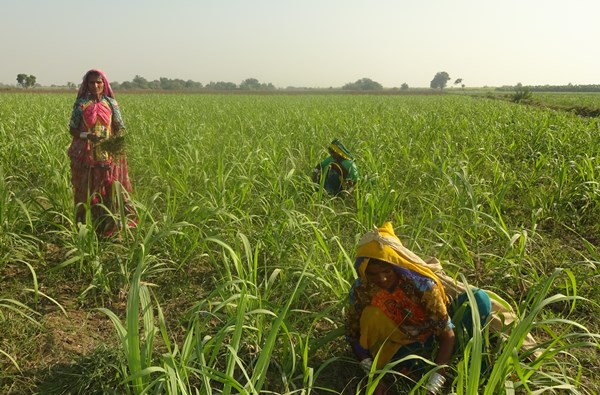 Why it is important to acknowledge and document women’s work? Although women play vital role in livestock production and development women’s labour power is considered inferior because of predetermined notions that woman’s primary role is as a homemaker. As a result of this discrimination, their roles are undervalued, poorly rewarded and offer few opportunities for upward mobility. In addition, due to non-documentation of this women’s role in livestock, and more broadly in agriculture, agriculture development policies are mostly designed with male bias, depriving women of training opportunities, and wasting opportunities for increasing national agriculture output. Finally, the non-recognition of women’s work means that unlike men, their contributions do little to earn them respect or status in society.

Development planning in every area needs to change to recognise women’s economic contributions but this is especially true in the agricultural sector. Provincial governments must take steps to improve legislation recognising women’s agricultural work and introduce a mechanism to ensure agricultural labour is paid a minimum wage regardless of gender. Such steps would lead to improvement in the quality of life of rural women, and of the rural poor more generally: when women earn more children tend to be better nourished and school attendance improved. 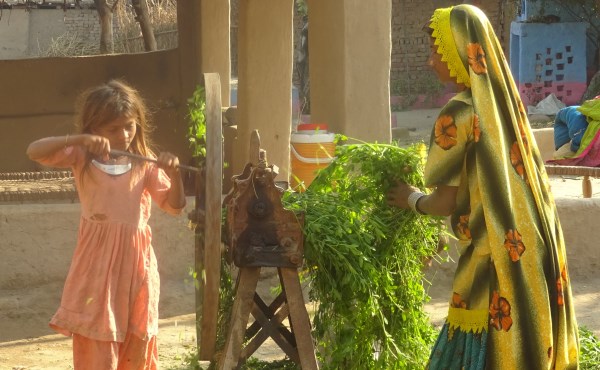 One such step is the initiation of a joint donor/government funded rural development programme like SUCCESS. SUCCESS is a six -year programme (2015-2021) worth EUR 82.13 million with emphasis on local development through community engagement and social mobilisation. A key focus is the empowerment of women for poverty reduction in Sindh. To ensure sustainability, the programme aims to create a Sindh province policy and budget framework for community-driven local development, to be implemented from 2018 onwards. If all goes to plan, the programme will not only lead to an increase in income and diversification of income sources but also 10 per cent reduction in the stunting rate of children under the five years of age.

This post gives the views of the author, and not the position of the South Asia @ LSE blog, nor of the London School of Economics. Please read our comments policy before posting.

Sultana Ali is a sociologist and working as Field Researcher at Rural Support Programmes Network. She can be reached at [email protected]