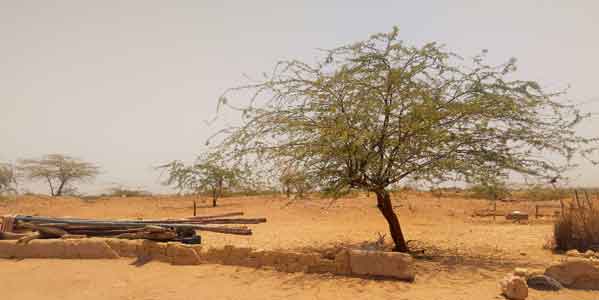 A Never-Ending Journey to Hell

You know how long it takes to reach a hospital on a donkey cart, traversing through landscape that mirrors a desert, under the open scorching sun, on roads that exist but barely so?

And when you are in sheer agony of labour pains and you might just deliver the baby any second, that journey seems never-ending.

Now imagine the dismay when you find out that you went through the misery and pain for nothing! There is no one to treat you, and you might just lay there dying. You panic but you breathe and breathe, with the gritting fear that you and your baby might just breathe no more.

It is, literally, your never-ending journey to hell.

This tormenting thought clenches the heart of every pregnant female in rural Sindh. As days go by and she marks off the dates on her calendar, that ‘due date’ begins to look like an impending hounding reality rather than a moment that she would cherish forever.

“We took her to the hospital, God knows how. Only to hear the emergency ward staff tell us that the doctor is not in,” said Sajida. “We freaked out and asked the uninterested nurse about the doctor’s whereabouts and we were dumbfounded – ‘Dr Sahiba is in her private clinic’,” she added.

I could not help but ask – What private clinic? She was a doctor in a public sector hospital who was supposed to be on her seat to treat patients who came in that hospital but no, she had to run her own private business for privileged patients during the time she was being paid by the government. While her ‘less-privileged’ patients were paying her with the currency they could not afford – time!

“She delivered her baby on the footpath outside the hospital,” said a teary-eyed Sajida. “I thought she would die, but God was forgiving. The baby and the mother were both healthy. At least He has not forsaken us.”

“I knew I had to do something. We women were not weak, not anymore at least,” claimed Sajida, her demeanour becoming stronger and her voice going up a notch as she said, with a tone as strong as her belief. “Twenty of us gathered, from the tanzeems (community organisations) of our district, and we went to the health department. They got so scared!” A fit of laughter broke out amongst the women. “I am sure they had never seen so many women before. Well at least not in the health department office,” grinned Sajida.

She continued to explain how the women requested to meet the head of the department to complain about the doctor and the hospital, only to be deferred off until ‘tomorrow’. A tomorrow that did not come for the next five days. Sajida and her fellow members of her district’s local support organisation (LSO) did not budge from their resolve. The women kept sitting in the office from am to pm, leaving behind their houses, the stoves, the men and the children – they were on a mission. Soon, the health department officers realised that hell hath no fury like a woman scorned!

“They had to listen to us. They changed the doctor! And appointed a new lady doctor in her place. She is very sweet and is always there when we visit,” exclaimed Sajida. “Now we know that there is nothing that we cannot do if we organise and fight for our rights. We have tasted the power of unity, and there is no stopping us anymore.”

The bittersweet reality in her voice brought a weak smile to my face. I could not relate to her hurt, but I could certainly feel my heart-wrenching. I never thought about the luxuries that I take for granted every single day. I did not need to fight for what I thought was a basic need – conveniently visiting the hospital for a routine check-up or that oh-so-often headache. The juxtaposition of my life over Sajida’s was surreal – a sharp bipolar division of the affluent and the underclass.

This story is inspired from a field visit to a ‘Local Support Organisation’ – a local women-led organisation operating at the Union Council level for community-driven development in rural areas by the rural support programmes operating in Pakistan. The beneficiary and the LSO in the story were in Matiari District of Sindh, under the Sindh Union Council and Community Economic Strengthening Support (SUCCESS) Programme, funded by the European Union and being implemented in eight districts of Sindh, by the Rural Support Programmes and their Network (RSPN).

Zara Jamil is the Documentation and Reporting Officer at SUCCESS Programme in RSPN.

Disclaimer:
The name of the lead subject of the story has been changed due to privacy reasons.